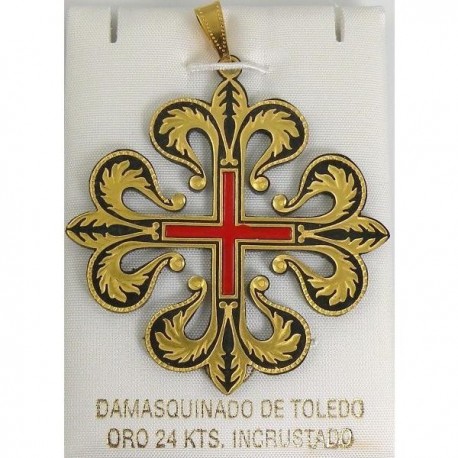 As their numbers and strength grew they were invited in 1147 by the King of Castile, Alfonso VII, to protect a castle he had taken from the Moors. The castle was called Calatrava (Arabic Qal'at Rabah: 'fortress of Rabah'). The Templars established a garrison there and stayed for ten years. They were replaced by a militia of Cistercian laymen, under the supervision of Raymond, Abbot of the Cistercian monastery of Fitero. No doubt these local herdsmen and laborers would have had a personal grudge against the Moors, whom they fought with great enthusiasm.

In 1187, a general chapter at Cîteaux gave these Knights of Calatrava their definitive rule, which was approved in the same year by Pope Gregory VIII. This rule retained the Cistercian customs required of laymen, plus the obligation to wear their armor 24/7 and be ready to fight whenever the need arose. (Not very comfortable, but following vows of silence, nobody complained.)

Initially, these Knights of Calatrava were hugely successful and were rewarded by grants of land from the King of Castile. But by 1195, after a surge of new Muslim recruits from Africa, the Knights were overpowered and the Moors retook the castle which they kept for another 17 years. The Calatravas then recovered possession of the stronghold and from there spread to the far corners of Iberia.

This product measures 48 mm and is cross in shape.